There are two things that I am extremely fear in my life; first being a tiny little creature that crawls and sticks to you (a.k.a ‘cicak’…eeeeee) and the second is… myself. Obviously we are not going to talk about that tiny creature today (thinking about it is enough to give me goosebumps…blergh!) but I’m going to talk about me. Yes, ME! Yours truly. 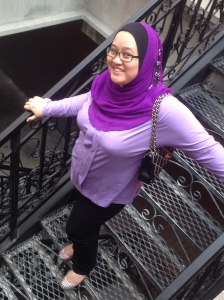 The past couple months I’ve been such a worrywart and constantly cranky as I have to make a decision on something that is supposedly life changing, but it is somehow risky for me. After plenty of girls talk and quarrels with my husband added with lots of  tears involved, I decided to go with it. Alhamdullilah, things went well and I’m in a very good condition now. (Thank you for all the prayers, you know who you are!)

This is another classic example of me restraining myself from becoming  someone better. And trust me, this is also not the first time I’m sabotaging myself. In other words, I am my worst enemy.

After SPM, I wanted to study journalism but I didn’t  get an approval from dad…so as an obedient daughter I ended up with business degree with major in marketing to be exact. I also gained my MBA 10 years later. I’m pretty much settled with my career, but there’s still something missing somewhere. Deep inside I know I still want to write. But having abandoned it for many, many years, I doubted myself. Look at this blog for instance. Despite wanting to blog for years, I’ve delayed it for the longest time by convincing myself that I can’t write. There’s always questions like, what if nobody reads my story, what if I sound stupid, and mark my words, the “what if’s” questions goes on and on. And I only ended up starting the blog when my husband bought this domain for me as one of the anniversary gifts.

Given the recent event, it really made me realize that I’ve always been the saboteur of my own success. So I guess it’s not too late for me to make a new resolution (its only February anyway), which is to never quit before I even start trying. What if the outcome does not turn out as favourable as I wanted it to be? It’s okay, at least I know that I’ve tried rather than continue wondering. In the end everything is going to be alright, and if it’s not alright, it’s not the end.

On the sidetrack, if you ask me who is my favourite author, it would be none other than my very own husband, the Cheese Boy! You better come out with your next book soon darling! 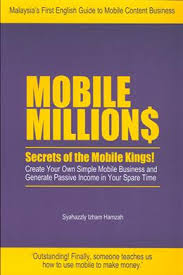