Last week I managed to squeeze in a catch up session with one of my oldest and closest friend Elly. Being friends of 30 years, our conversation usually range from crazy childhood activities to current challenges we face at our respective workplace. At times, we can talk about silly stuffs like how cool were our pencil case in the 80s or how fancy our colour pencils were back during the school days.

Seriously where can I get these pencil cases now? 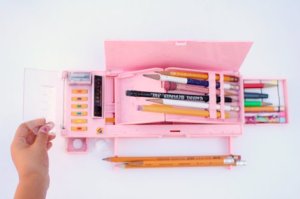 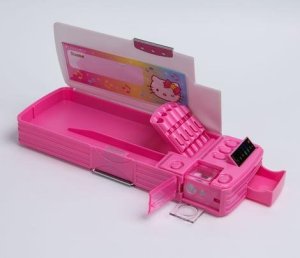 Last week we got all excited when we found out that the 80s cartoon series “Jem”  (also known as “Jem and the Holograms”) will become a live motion picture. Yeap, they are filming it!  Here is the theme/intro song to keep your memory fresh 🙂

Jem was very popular among us kids circa 1987-1989. It basically told a story of Jerrica Benton and her pop-star alter ego Jem (Where do you think Shasha Fierce/Beyonce got the idea?), a persona she adopted with the help of a holographic computer known as Synergy. Synergy was built by her father and Jem normally communicated with Synergy via her earrings. Also, Jem’s rival in the series was The Misfits, who were some sort of pop-rock chick band! Honestly, I think The Misfits songs are better than Jem’s (Bad guys are always cooler, aren’t they?) 😛 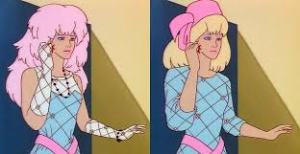 One thing that I didn’t quite like about the show is Rio, the lead male character. He was Jerrica’s childhood friend and boyfriend, but he also developed crush on Jem. Hahaha… the love triangle was pretty interesting. Check out the music video below:

Anyway, I guess someone got all excited over the news and decided to buzz me TWICE in the middle of the night just to update me on her discovery. ppfftt… 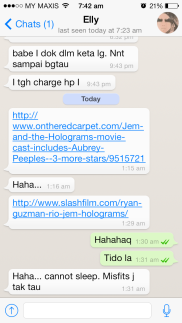 Rumour has it that they have already started shooting since April 2014, and as of now, there’s still no news on who will be cast as The Misfits and Eric Raymond. Can’t wait!!

One thought on “Jem the Movie!”